The Secret "Illegal" Immigration of Jews to Pre-State Palestine 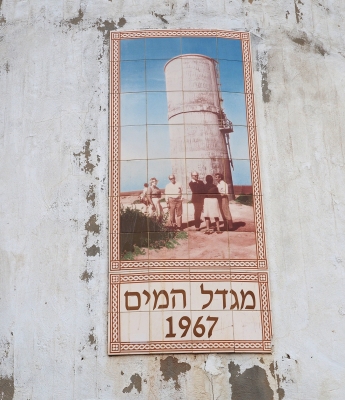 Aliyah Bet is the name given to the clandestine immigration of Jews to Palestine between 1920 and 1948, when Great Britain controlled the area. Many, if not most, of the Jews trying to immigrate to Palestine during this period were Holocaust survivors. The British referred to this immigration as "illegal" because, influenced by the Arabs, they didn't want the Jews to be in Palestine and had imposed harsh quotas. From this period the stories of many efforts of Jews to reach Palestine are known, perhaps most notably the ship Exodus that was turned back when it reached the shores of Palestine.

Our friend and rabbi emeritus of Bet Israel Masorti Congregation in Netanya and founder and director of the Russian Outreach program She'arim Netanya, Ervin Birnbaum, was a passenger on that ship. His personal experiences have been told in a memoir that he published, Turning Obstacles into Stepping Stones, and in YouTube videos created in recent years. As a resident of Netanya for many decades, he is also proud of the role that Netanya played in making possible the arrival of many Jewish immigrants to Israel. S0, as part of the trips program from She'arim, he offered a driving/walking tour and personal explanation of two important sites in Netanya that contributed to the Aliyah Bet.

Our first stop was a water tower called Migdal Hamayim at Mitzpe Hayam in the north of Netanya about midway between the old Blue Bay hotel and the southern end of Kiryat Sanz, the haredi neighborhood facing the Mediterranean Sea. Erected in 1936 by Mitzpe Hayam, a kibbutz near Netanya, and residents of Ein Hatchelet, the tower served as a cover for the hiding of illegal immigrant activity. While the main income of the kibbutz was from fishing, its hidden aim was for use as a port to absorb illegal immigrants. The kibbutz members were part of Hashomer Hatzair, a Zionist youth movement whose name means The Youth Guard. The key values passed on to the movement's youth were Zionism, a cooperative life-style and immigration to Palestine.

The first graduates of Hashomer Hatzair came to Palestine in 1919 – the beginning of the Third Aliyah. Over the 100 years of its existence, the movement founded about 85 kibbutzim. During World War II the members of Hashomer Hatzair operated in the Nazi-occupied territories, and provided a framework for Jewish youth living in the ghettos. The members of the movement also played a key part at the Warsaw Ghetto Uprising. In 1946 Hashomer Hatzair established a political party and was one of the co-founders of Mapam. There is a sign on the water tower that explains its role in Aliyah Bet.

Most of the youngsters who came on the first Aliyah Bet boat to Israel in 1934 were from Poland. Jews got hold of a boat and, one year after Hitler came to power, squeezed 250 people on the boat to attempt to reach Palestine. World War II began on September 1, 1939 and on that same day an Aliyah Bet boat approached Israel. Brits shot at it and killed two Jews; but 50 people landed, and then the boat turned around. Seven such boats arrived on the shores of Netanya during Aliyah Bet.

Netanya is a city built on the high cliffs overlooking the Mediterranean Sea. From the water, in order to know where to land the boat, one would look for the water tower which stood high above the cliffs very near to the sea and a house nearby. Telegraphic communication was most important as was semaphore signaling from the boats, which could be performed with fire, lights, flags, sunlight, and moving arms. Once the water tower was spotted, the passengers disembarked from the boat and were led down the beach about two kilometers to a spot opposite the Esther Theater, the second site of Aliyah Bet on our Netanya trip. The cliffs are quite jagged and irregular in the area of the water tower and walking close to the cliffs on the beach would prevent passengers from being seen by anyone standing above, especially when they arrived by night which most boats did.

The impetus for this trip was the fact that the Esther Theater in Netanya is about to be torn down to make way for yet another high-rise hotel and condominium building. The theater is located at the shore end of Kikar Haatzmaut, Netanya's main square, overlooking the Mediterranean Sea. It has been shuttered for decades with only a sign in Hebrew and English on it to explain its significance, and a tile mural showing its former glory. It is certainly not now and really never was a beautiful building. In the square near the old theater is also a stone marker with a bit of explanation in Hebrew about the theater, somewhat similar to stone artwork not too far away, and therefore easy to miss.

Netanya's Esther Cinema was founded in 1936 by a private concern and was Netanya's first cultural center. The building's inauguration event took place together with the graduation from Bialik School, the first school in the settlement and located not far away on Bialik and Rav Kook streets. The cinema had 800 seats and was used as both a cultural center and a banquet hall. When a banquet took place, the seats were removed. In order to show a film, a large screen was lowered. The building had a basement under the stage which was used as a hiding place by the first illegal immigrants arriving on Israel's beaches. From this hiding place, immigrants were transferred to settlements around the country. Rabbi Birnbaum told us that the hiding place was divided for men and for women as some of the arrivals were quite orthodox and required such separation. Many were ill from the poor conditions on the crowded boats, lack of food, and lack of sanitation. Some of the women were pregnant. From a previous tour guide some years ago we learned that locals made sure to provide the new arrivals with clothing that would help them fit in with people in Palestine, and that they were only let out of the basement hiding place when those watching a film were filing out of the cinema, so as to blend in with the crowd.

According to Rabbi Birnbaum, Netanya was the central organizing point for illegal immigrants (HaMaapilim) in Aliyah Bet. The British were aware of the illegal activities in this area. The rabbi's wife, Hadassa Birnbaum, told an anecdote about a kiosk in which alcohol was sold, located very near the theater. The Jewish man running the kiosk would announce that he was celebrating some event and offer the British officers free alcohol, getting them sufficiently besotted so as to not be aware or to ignore any unusual activity between the beach and the theater.

Currently there is a lengthy but attractive zigzag set of steps leading from the western end of Kikar Haatzmaut down to the shore, but in the days of Aliyah Bet there was no such convenience. Rabbi Birnbaum told us that some locals even carried the immigrants on their backs to get them from the shore, up the cliff to the theater.

From the summer of 1934 until 1947, there were no Aliyah Bet boats. While only a few hundred were brought in the earliest attempts at about 50 per boat, about 30,000 people were brought in on the second attempt. There were altogether 141 boats in Aliyah Bet. The conditions were most difficult. Having himself traveled to Palestine on the ship the Exodus, Rabbi Birnbaum certainly knows from whence he speaks. The third wave of Aliyah Bet occurred during World War II. One of the better known boats that made it to Netanya was the Katrina, a boat that was flooded half way up its mast before landing. Almost daily, boats arrived but often couldn't come close to shore because of the British. The Katrina went to pick up passengers from other boats. When boats were turned back, the British informed other Mediterranean states not to accept boats with illegal immigrants.

Rabbi Birnbaum said that "the state of Israel would not have come into being without Aliyah Bet." About 100,000 people had arrived on the shores of the nascent state of Israel via Aliyah Bet by 1948 when the state was founded. That included about 70,000 Holocaust survivors.

My recent research indicates that a 27-story tower with three underground floors, eight stories containing 150 hotel units and the rest holding 58 condominiums is slated to be built on the spot and is so far being called the Esther Cinema Tower. Participants in our trip expressed the hope that an appropriate marker would be installed in the new building to note its importance in Aliyah Bet and the creation of the state of Israel.