On a particularly chilly New York day in the winter of 2011, Ross Belfer, a young Public Relations employee in Manhattan, looked at the snow dripping wetly past his window, and then at the Mediterranean sparkling on his screen. "We were working on promoting trips to sunny beaches for Israel's Ministry of Tourism," he recalls, "and I had an inspired thought." He knocked on his boss' door, requested to be the Point Person in Tel Aviv, and packed up his bags.

Belfer - American, young, handsome, and brimming with enthusiasm – was soon happily ensconced in a home near the TA promenade; when he wasn't busy watching the sun set over the sea he cherry picked ideas for journalists covering the country. Belfer wanted to promote good news features: he trawled Tel Aviv for flavorful eateries with backstories; journalists gobbled up designer hummus along with tales of gourmet grannies who fled from ancient homelands to start all over again.

With stories running in major global media outlets, and a growing list of ideas, Belfer, then aged 28, went out on his own. Xhibition, his Public Relations Company, launched with a laptop and one other worker; today the agency has offices in New York, London, and Tel Aviv, with a Dubai location opening soon. The Israel outfit operates out of a trendy Herzl Street address; the apt street name part of the ongoing "Hatikva moment" momentum.

Herzl 16 was built in 1927; the original floor of sea-shells embedded in concrete is still intact. The super-atmospheric enclosed patio on the ground floor is home to Tel Aviv's first elevator; the metal cage which whooshed young Israeli entrepreneurs onwards and upwards almost a hundred years ago still smiles benevolently at the elegant people gathered for breakfast or beers in the modern restaurant located there today. At night the space pulses with free performances: this is the city that never sleeps at its beautiful best.

And this is the side of Israel that Belfer showcases: the energy, the vibe, the innovation. His client list includes architects and hotels, chefs and travel companies, artists and film makers, dancers and restaurateurs. The company has one guiding principle: to highlight stories different from the war-torn, desert country tales which are all too often depicted in the foreign press.

Belfer claims that with an upsurge in BDS and anti-Semitism-masked-as-anti-Zionism, promoters of Israel have to work harder than ever. "I recently spent a week with a reporter from a well-respected newspaper in England," he explains, "who told me that she would have a hard time recommending Israel as a travel destination at this point. Israel is sort-of taboo for the moment." In another example an LGBT magazine in London rejected a story about the cultural scene in Tel Aviv because of its 'colonial' tendencies; Belfer finds this a bit rich coming from grandchildren of whiskey-drinking, cricket-playing, quintessential colonialists.

"We have had to become very resourceful," he explains. This includes pitching stories, for example, about unusual homes in the country and focusing on their architectural elegance. Their location is slipped in as a sideline; almost an afterthought. Is that promoting Israel? Or simply showcasing a spectacular construction which could be anywhere in the world? Belfer slides Israel's strengths and stories into the public eye through a Byzantine back door; or an Ottoman arch concealing an unlikely eatery in an alley.

Although it is unlikely that articles about Israel's agronomy and architecture are ever going to woo detractors into even a grudging respect for the Zionist State, pitching stories about coexistence and cooperation just might do the trick. Xhibition Agency has a list of client initiatives to lure even the leery of the Holy Land into some serious eating and dramatic pampering, while soaking up the good-feel factor of genuine coexistence.

Uri Jeremias, the spectacularly bearded icon of Akko, is on Xhibition's client list; through them he has hit the New York Times and Netflix. If the Bible were rewritten today Jeremias would have a book of his own: the ADHD High School drop-out who made good; the chef with no training whose 'Uri Buri' cuisine is among the top 20 fine-dining restaurants in the world; a start-up entrepreneur with no scientific background whose company extracts from seaweed the world's only food coloring that can withstand the heat of pasteurization; the hotelier with no diploma who lovingly restored adjacent dilapidated ruins and created the most acclaimed boutique hotel in the Middle East. And a man who stoically watched as both his famed restaurant and beloved hotel were firebombed on one terrible night of rioting in 2021, rolled up the sleeves on his prodigious arms, and started all over again. 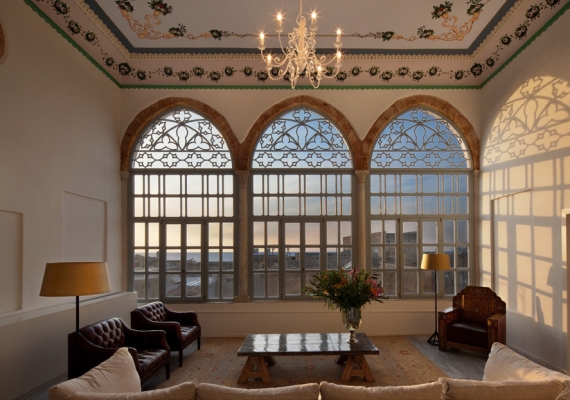 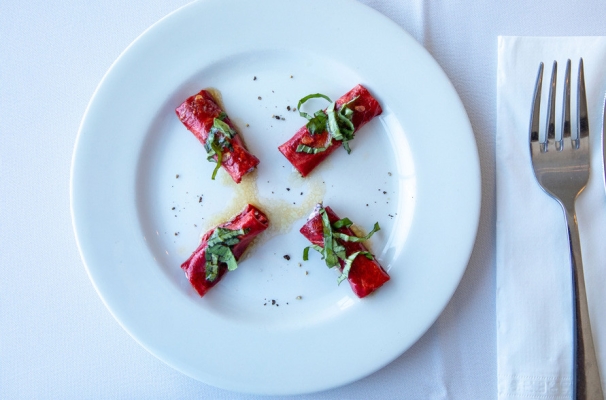 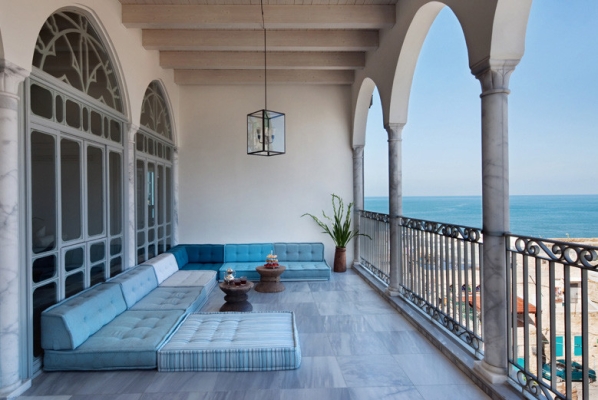 Today, the Efendi Hotel in the old city of Akko wraps its lovingly renovated arms around visitors from the moment they step over the ancient threshold into a welcoming lobby replete with warm mulled wine, plump dates, and chocolate delights. Vaulted Crusader ceilings arch over the breakfast room; guests plonk themselves down on comfortable leather chairs and get stuck there for hours as copper pans land on the long wooden table bearing eggs and cheeses, extraordinary salads and breads, spreads and more and more and more.

Tourists can roll from the repast right into a Turkish bath built by the Pasha of Akko four hundred years ago so his favorite masseuse could pamper him in the privacy of her own home, until his wife had her unceremoniously kicked out of town. After an ancient massage visitors can amble along to Uri Buri for baby St Peter's fish in caramel with beetroot cubes, salmon wrapped in nori seaweed with a soy sauce reduction and pickled fennel, or vegan cauliflower and rice in coconut milk served with chili and apple.

Akko is a mixed city of Jews, Christians, Muslims, Druze, and Baha'i; Jeremias is famous for his inclusiveness and optimism that life is ultimately good and people want to get along. First settled during the Early Bronze Age and continuously inhabited since the Middle Bronze Age, Akko is one of the longest lived-in cities on earth. The Book of Judges recounts that the Israelites could not capture it from the Canaanites; the Persians rendezvoused there in their time. The Greeks, Maccabians, Romans, Byzantines, Muslim conquerors, Crusaders, Mamelukes, and Ottomans all loved and lost the city; Napoleon was repulsed at the city walls.

Belfer, now married to Israeli fashion designer Maya Reik, and father to Sabra Henri (with an 'i'), has found happiness in a country he considers complex and compelling. Now he wants modern tourists to wander through layers of history from the dawn of time, sleep in comfortable beds after memorable meals, and get a grasp of the complications as well as the wonders of this new/ancient land.

Xhibition is putting out the word.