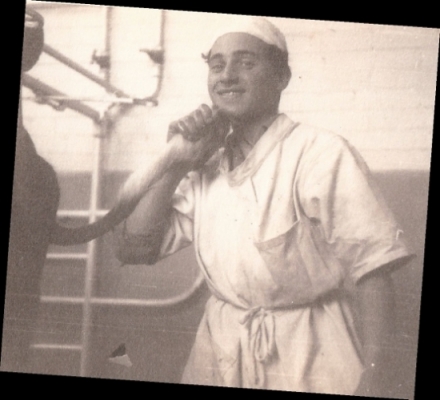 n 1949: a young Walter Teutsch on Siegmund Gestetner’s farm in the UK

What big money is depends on a lot of things. To mention but a few, your circumstances, your time of life, your past and the events to which you relate.

My own little big money story takes place in three events or periods, one in 1950 in the UK and two in Israel – one in the early 1960s and the other in the period of hyperinflation in the 1980s, which ended in 1985.

At the end of 1949, I came to London on movement work after having spent more than two years on agricultural training. Our training community of 20-odd was run as a kibbutz, all equal and nearly all equally vocal. We lived off our wages as agricultural laborers, working in farms and nurseries in the district. At some stage, I was elected to manage and keep records of our modest income and expenditure. This brush with finance was my dubious qualification for my next task.

In addition to weekend and midweek evening activities as a youth leader – at which I was not very good – I had a daytime activity as treasurer of Hechalutz. Primarily, this was dealing with Jewish Agency funds for three agricultural training farms, two belonging to Habonim and one to Hashomer. These were very substantial amounts for which neither the secretary – my boss – nor I had previous experience. However, we learnt on the job.

We were guided in our activities by a senior shaliach, a kibbutz member from Israel acting on behalf of the Jewish Agency. I still recall the occasion when I was instructed by him to go to the branch of the Anglo Palestine Bank – it is now Bank Leumi – to collect £5000 in cash, and bring it to the office to be handed over to someone from Israel. The thought of walking in the streets and riding in the tube with such a huge (to me) sum of money frightened me. Accordingly, I dashed into a taxi immediately on coming out of the bank and was intensely relieved when I had completed my mission.

The £5000 impressed me far more as big money than the much more substantial Jewish Agency funds.

Fast forward over 10 years, to Beersheba, but first some preliminary information. I came to Israel in 1953, straight to Kibbutz Beth Ha'emek, where I spent my first few months working with the dairy herd. Due to my supposed financial and accounting expertise, I was drafted in 1954 to be the kibbutz accountant. At that time, my sole advantage over my predecessor was that I had some aptitude for the job. With outside advice and a 1931 textbook, I somehow managed. It was only later, when I studied accountancy that I realized how little I knew then.

When I started looking for work in 1958, my experience was sufficient to get me a job with Dead Sea Works - DSW - in Beersheba, only because of a local shortage of more skilled staff! The five years that I worked there were eventful both for me and for the company. During that period I married Sivia, we had our first child, Jan, and I acquired my first UK accountancy qualification. 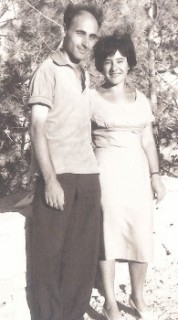 Walter Teutsch with his wife, Sivia, in 1962 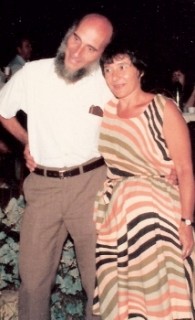 Walter Teutsch with his wife, Sivia, in 1984 on their silver wedding.

In the early 1960s, DSW under the management of Mordecai Makleff, who was formerly Israel's third chief of staff, and a very able and persuasive personality, managed to persuade the Treasury that the company required a major expansion. It was clear that this would require finance from outside the country.

This project involved turning some of the Dead Sea into evaporating pans, and constructing new factories for potash and salt, and extensive accessory works.

After long negotiations involving the Treasury and Bank Leumi, the World Bank (IBRD) agreed to provide a $20 million loan to DSW, subject to a guarantee by the State of Israel and as part of the funding arrangements. This was the World Bank's first loan to Israel.

An international flotation of DSW shares and an issue of debentures by that company were all part of the eventual overall financial package.

This was a major international project, as laid down in very lengthy and detailed contracts for the works, in English. Finalizing all the documentation required continuous negotiation with and final approval by the World Bank. In addition, there were voluminous technical documents.

The earthworks required were extensive and went to international tender. The winning company had previously been the contractor for the Hula drainage works. They were subsequently replaced by Kaiser, a very large US-based company. Payment under the contract was to be made on the basis of bills of quantity submitted by the contractor and certified by the supervising engineers, a highly experienced Dutch company.

Now fast forward again, this time to the first half of the 1980s. This was the period in which Israel was gripped by increasingly high inflation. In late 1984, an appropriately numbered year for unusual circumstances, hyperinflation hit its peak. In September of that year, inflation reached just short of 25%, which is nearly 1% per working day!

During this period, the Israeli currency became the shekel, in 1980 replacing the lira at 10 to 1. However, this new currency also rapidly became devalued as hyperinflation continued to rage.

For those who are not familiar with the period, let me add that this period of hyperinflation was brought to an end by the adoption of a stabilization program starting in July 1985. Following on this, our present currency, the New Israeli Shekel, now known as the NIS, was introduced. For the record, 1 NIS was the equivalent of 10,000 lira, the Israeli pound that had been the currency before rampant inflation started, and the equivalent of 1000 shekels, then current. When introduced, the new shekel was 1.50 to the US dollar.

At that time of rampant hyperinflation and subsequent to it, I was the financial manager of Agrexco Agricultural Export Company. This was then a large, stable and highly respected company. I look back fondly on the 14 years that I spent there and share in the regret at the company's recent collapse.

Agrexco was selling a large variety of Israeli agricultural produce abroad on behalf of the growers in Israel, who remained its owners. Its turnover amounted to many hundreds of millions of dollars a year. The growers in Israel were paid advances on the expected net value of goods sold on their behalf by the branches and not yet paid for by the customers abroad.

These financial transactions were based on dollar export finance loans from Israeli banks.

The company was at all times highly liquid. It had surplus funds available to loan back to the banks at commercial rates of interest.

Payments in Israel, such as to suppliers and growers, continued to be made in local currency, indexed to and accounted for in dollars. By the time the hyperinflation hit its peak in late 1984, the company's computer systems were bursting at the seams from an excess of digits. At this time, we were writing checks in local currency running to 11 digits!

I will conclude with an illustration of the frenzy into which the Israeli financial system had got. When inflation has reached over 20% a month, the banks started talking about paying interest on money for half a day!